Skip to Main Content
Last week’s catch of the biggest kahala in more than five years brought up questions about Hawaii’s all-time biggest. So we dug back into our Kona Fishing Chronicles files to pull up our story and photo from July, 2010.
Kona Fishing Chronicles July, 2010 by Jim Rizzuto.
TRIPLE CROWN FOR KAHALA KING. Among Kona fishermen, Capt. Jeff Rogers has the nickname “Kahala King.” Jeff has earned it by catching, tagging and releasing more amberjack (kahala) then any other fishermen either here or 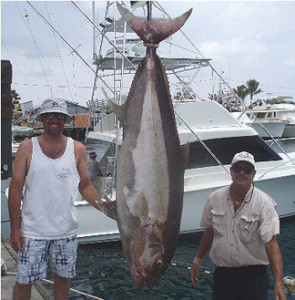 anywhere else, for that matter.
​
He also deserves the title because he is the person who first discovered and established the fact that there are too very similar looking but different “kahala” here.  Those are the greater amberjack and the almaco jack.  The latter is now famous as the Kona kampachi, farmed by Kona Blue and marketed worldwide.
​The only thing missing was the Hawaii State kahala record, but Jeff now owns that, too. On Thursday, Jeff hosted a trio of father-and-son anglers, hooked two kahala over 100 pounds and took over the state record with a 151.5-pound greater amberjack.
​
Jeff took advantage of the abundance of small aku roving the Grounds these days.  He caught one, bridled it to a hook and sent it deep into kahala territory, down about 80 fathoms.
​When a kahala takes a bait and runs, you have to be ready to put maximum pressure on the fish. Otherwise, it will dive into the reef and catch the line, or – worse yet – run out over the edge of the reef and keep going down until you run out of line.
​
Jeff had packed his Penn VSX two-speed reels with 100-pound test braided Tuffline.  David Jacobs started the fight but then passed the rod to Justin Lazar of Oakhurst, California.  After Justin got into the pump-and-reel rhythm, he stopped the fish and was able to get it started toward the surface.
​When Jeff saw the size of the fish, he thought he might have fluffed an IGFA world record chance by letting the anglers switch.  The IGFA allows only one angler to handle a catch for record consideration.  State records have no such requirement so his 151.5-pounder makes that qualification.  Jeff missed the IGFA record by 3.5-pounds anyway.
​
Jeff’s anglers have set six state records and six IGFA records, though some of his records have superceded others or been beaten by others.  He set the state record for oceanic bonito, for example, then beat that one a few months later, and that one a year later.
​With Jeff’s now-triple claims to the Kahala King title, some have suggested they change the name of the fish from amberjack to amberjeff. 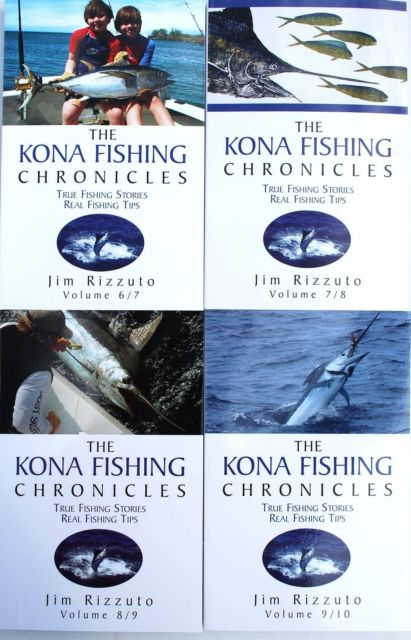