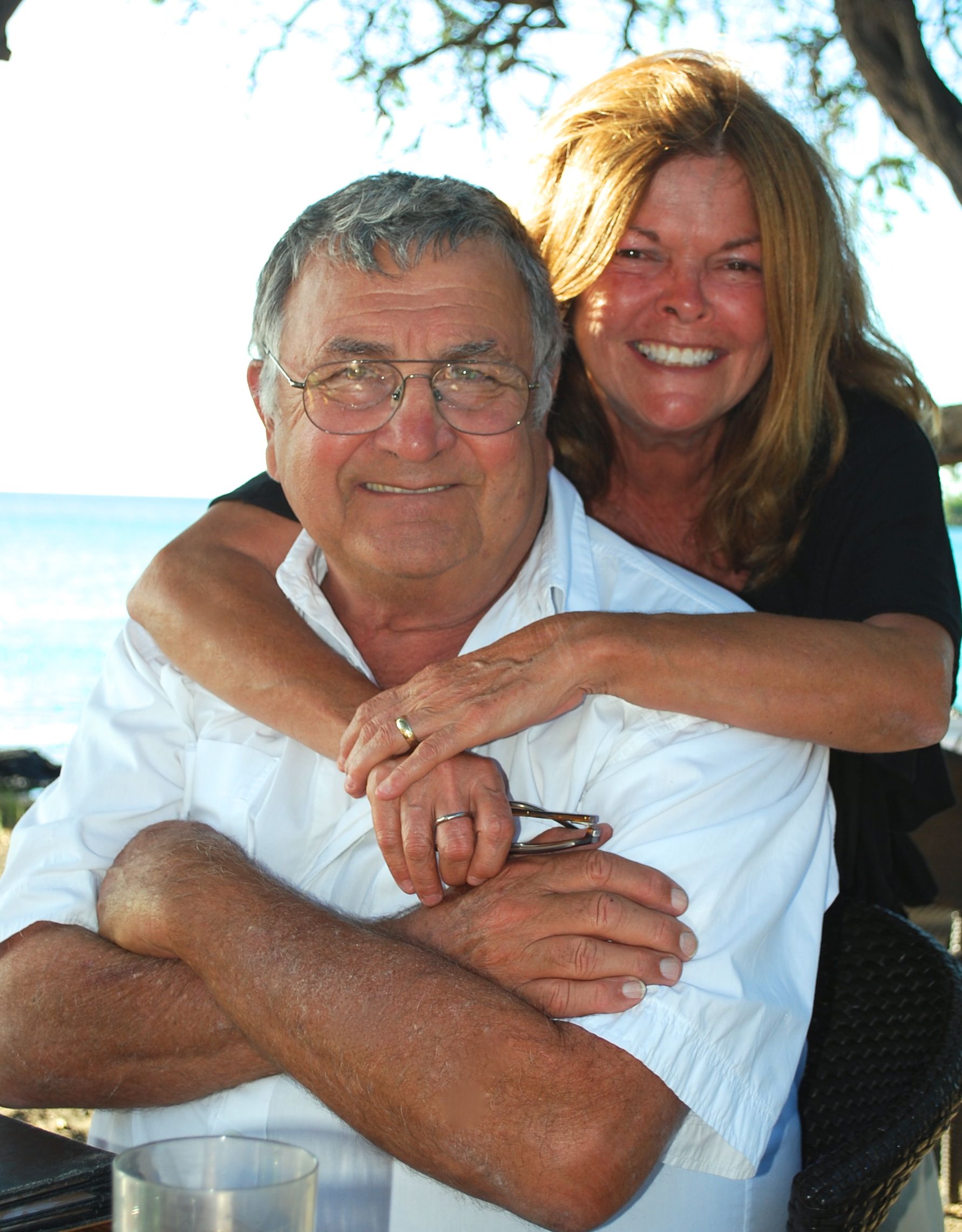 Jim Rizzuto has written about Hawaii fishing since 1964. In addition to “The Kona Fishing Chronicles” series, he is the author of “Modern Hawaiian Gamefishing” (The University of Hawaii Press) and the three-volume “Fishing Hawaii Style” series (published by Hawaii Fishing News). His weekly column appeared in the Kona newspaper West Hawaii Today, and his monthly column in Hawaii Fishing News. Since he began writing for magazines, his articles have appeared in BlueWater (Australia), Field and Stream, Salt Water Sportsman, Sport Fishing, Marlin, Western Outdoors, Fishing World, Sport Fishing, New Zealand Fishing News, Modern Fishing (Australia) and Pescare Mare (Italy), among other journals.

Jim had been making lures and catching fish on them since the mid-1940s.  His interest in Kona-style skirted big-game lures began in the early-1950s when they were still secret weapons used only in Hawaii by a few experts, and he began finding ways to make them in the early 1960s.  Over the last 55 years, Jim's instructional materials and in-person lessons have taught thousands of fishermen all over the world to make their own and experience the joy of catching fish on their own creations.

One of the great aspects of Jim Rizzuto’s angling guidance is its timeless applicability. The gems of angling wisdom contained in his articles and books are just as helpful and relevant today as when he first wrote them. Jim’s passion for inspiring and helping others to get more from their fishing shines through in his writings from the earliest articles right up until his tragic passing in July 2017 after a short battle with cancer. Jim wrote with a mischievous twinkle in his eye, but although always entertaining and fun to read, Jim’s articles also contain the secrets to success. These insights were gleaned through a lifetime of personal experience as well as through countless conversations with leaders of the fishing world. To read Jim’s writings is to be transformed as an angler – your results and enjoyment forever improved. 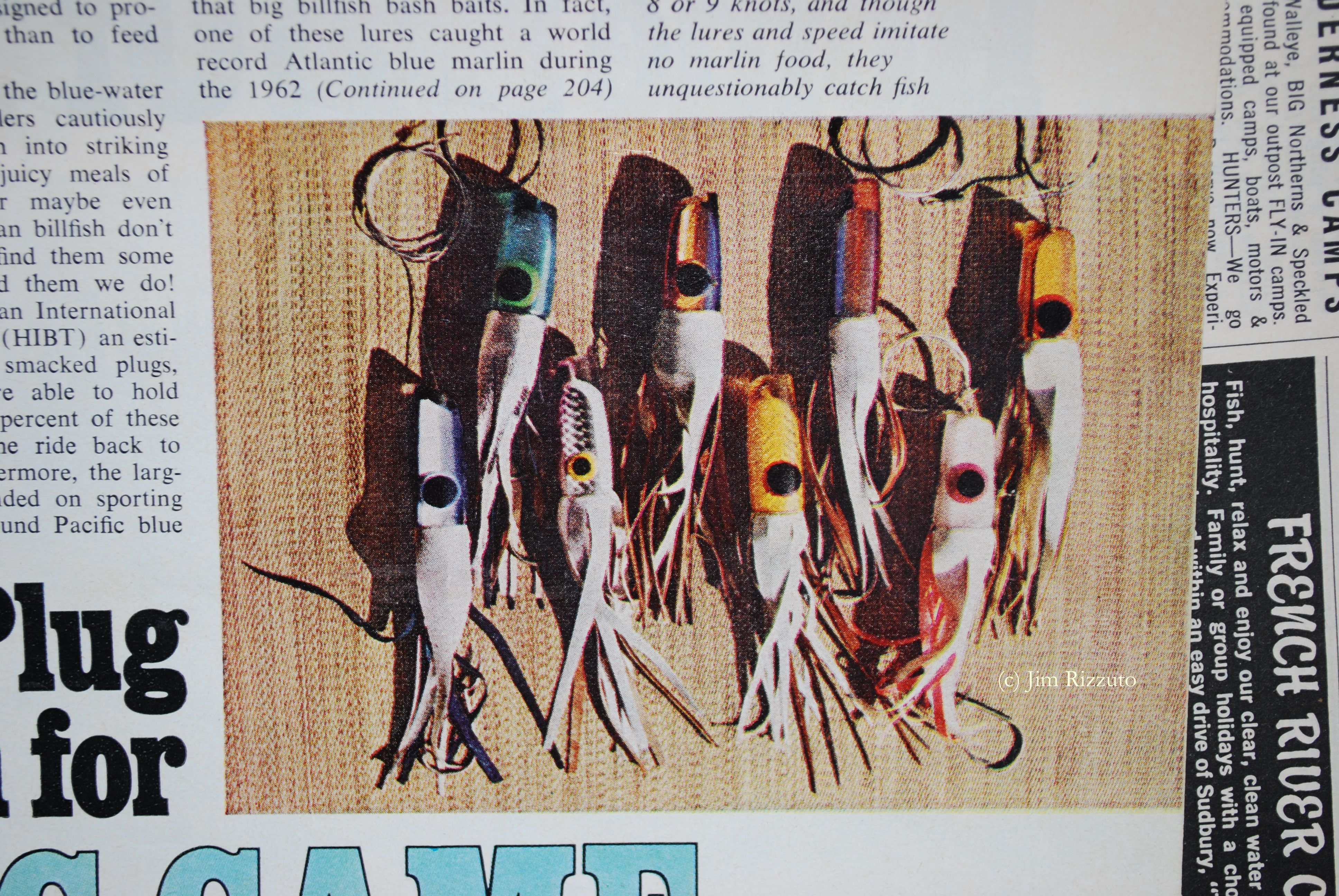 The illustration for my article "Fast Lure for Big Game" shows a color display of the lures I was making in the years leading up to April, 1973, when the story appeared in Field and Stream. 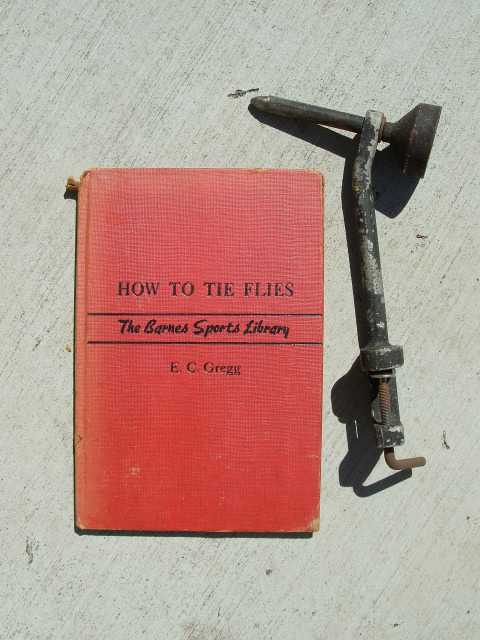 Mom's birthday gift to Jim circa 1945. Young Jim was stealing hackle feathers off unattended hats and robbing spools of colored thread from the sewing kit. Totally fascinated by the idea that you could make a wooly bug by wrapping a hackle feather around a hook and fool all kinds of small fish. Jim still has the same book and vise 70 years later. He never throws anything away.

The photo is from my weekly column in the October, 1971 issue of the Kona newspaper "West Hawaii Today." It shows a sampling of the lures I was making back then. Big center-pull "Fat Boy" with a scooped face. Early versions of what would later become known as the "plunger" style. Slim, scooped face lures that never got a name. Wing-cut vinyl overskirts. Under skirts cut from orange rubber sheet (the standard) or black rubber inner tube (the cheap alternative). Handmade eyes of poured resin. Photo by Jim Rizzuto