The legacy of Capt. Henry Chee is written in the “smoke” trail of every billfish lure charging through the wakes of big-game boats everywhere in the tropical world. The legendary Kona captain began running charterboats here in the 1930s. He perfected his skills in the late 1940s after World War II interrupted all non-military offshore activities. His subsequent successful catches would have been enough to make him famous, but it was an 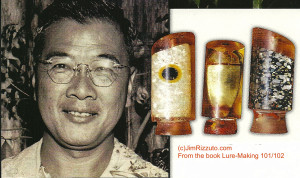 accidental discovery that put him the Hall of Fame of the International Gamefish Association.

Catalysed polyester resin was a new product in the mid-1940s and soon found uses in making and repairing boat hulls. While working with resin on a project, Henry left some in a drinking glass where it hardened into a tubular piece reminiscent of the wooden lure heads already in use. In around 1949 or 1950, Henry experimented with making resin lure heads, skirted them with strips of rubber and oilcloth, added hooks, and started a big-game fishing revolution.

Elsewhere in the fishing world, anglers were convinced marlin would only take baits. The “obvious” truth to bait fishermen: a marlin attacked food fish with its bill and then ate its prey only after it had battered the injured baifish into submission. Any lure-catch would, therefore, be a total accident, and there was no useful percentage in accidental catches.

But Henry and his followers were catching those “accidents” every day including some astonishing world record blue marlin and yellowfin tuna. Henry’s secret 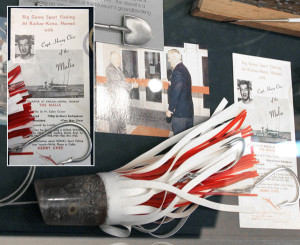 lures soon became shared by a widespread Kona ohana. By the mid-1950’s, every Kona fisherman with a boat and a fishing pole was making resin lures to catch marlin, tuna, mahimahi and ono. Today, everyone from Australia to Africa is hooked on “Kona heads.” Now every working spread of marlin lures still has a very close approximation to the lures Henry was turning out in molds made from bar glasses 65 years ago, and anglers from all over the world visit the IGFA Hall of Fame to pay their respects to Henry and his innovation.

And that is where today’s story actually begins.  For the rest of the story. 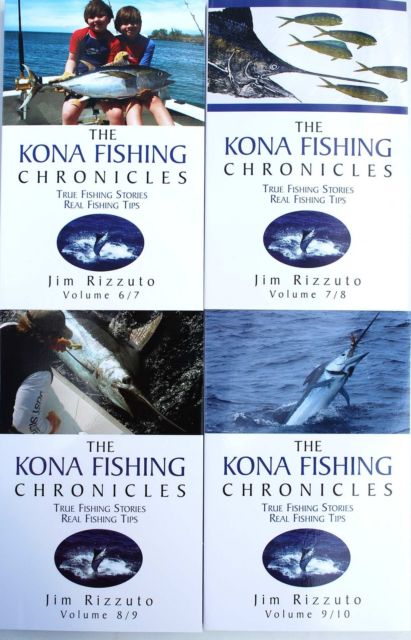