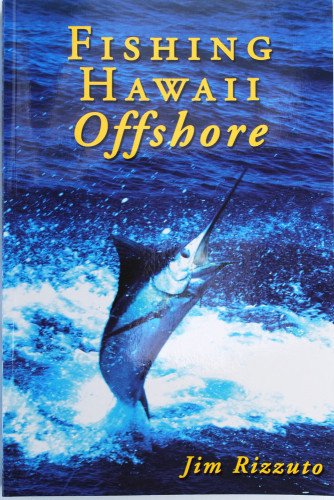 Fishing Hawaii Offshore was written for fishermen who like to read, readers who like to fish and everyone who enjoys exciting stories of men, women and the sea. It was inspired by the great books of the classic age of angling literature. When big-game fishing was in its infancy, superb writers brought their adventures back from far-flung places as alive and vivid as when they were written.

What The Critics Say About FISHING HAWAII OFFSHORE:

“A must-have for serious fishermen…enlightening, nuts and bolts information gets high marks.”

“Trims the traveling angler’s budget by thousands of dollars… By learning from these success stories, anglers can hone their skills … no matter where they live or fish.”

“A real catch for fishing fans …a delightful combination of statistics, instruction, history and humor.”

“Offers advice and anecdotes. The last chapter…is…worth the purchase price alone. A collection of the most interesting and bizarre stories about fishing in local waters.”

ONE: A Century of Lure Development

SEVEN: On the Trail of the Yellowfin Tuna

THIRTEEN: Dueling with Spears and Swords

TWENTY-ONE: Makos, Tigers and Other Monsters

TWENTY-TWO: Only in Hawaii